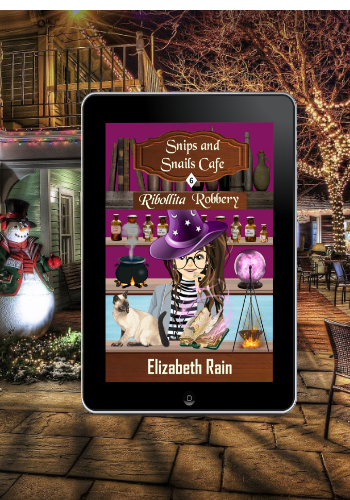 ...Jack and I kept walking, sipping wine, admiring the still packed street and sidewalk as the street lights came on and lit the festival grounds and booths up. “It’s going well this year. No drama, just the way I like it,” Jack admitted.

“That too.” He smiled, taking my free hand with his own and squeezing. I gave a happy sigh as we approached Jerry’s campaign booth.

He had quite the crowd gathered, but as we approached the back, I realized that Jerry’s bright smile didn’t quite reach his eyes. At least twenty spectators looked on. Towards the front, waving a microphone in his general direction was someone I hadn’t expected to see. Several reporters had gathered, including a camerawoman who was filming the crowd and zooming in on Jerry’s face every time one of the reporters asked a question.

“Mr. Watson? Do you own a cat? Should we be worried about her since you hate kittens?”

“That’s ridiculous, I love animals…and little old ladies.” He tried to head off the next question. “Would you like to know about my policy concerning single working moms and speeding tickets?”

“In a moment, first, can you comment on rumors that you take candy away from kids? Do you consider it your job to police their oral health?”

“What? No! I mean, too much candy is bad for anyone, but that’s their parents decision, not mine. I’ve never taken a candy bar away…unless it was stolen.”

“Did you return it…or eat it?”

The crowd giggled and Jerry flamed bright red. “Could we have a question about what’s important, please? About the changes I plan to make once I’m in office? How about we talk about what I plan to do to humanely address the concerns of the homeless?”

“In a minute. What about your alleged involvement in the First and One Half Bank heist…the graffiti said…”

Trying to contain his frustration, Jerry interrupted him. “I think it’s very clear that all those messages were put in place to slander my name to the public. Anyone with a lick of sense knows that’s not what I’m about.”

Another voice joined the fray, a reporter with a gleam in her eye shoved the Mic closer, making Jerry jerk back. “Are you saying the public is stupid?”

His eyes widened in horror, a tic working the side of his jaw as several in the crowd gasped in outrage.

I’d had enough. I stepped forward, ignoring Jack’s hand on my arm in caution. It was like watching a pack of hyenas attacking a water buffalo calf...

...And that's just a small snippet...Juli and all her friends are on the case, sifting bones and clues, avoiding man eating arachnids, and getting ready to compete in the upcoming Cherry Festival...if they can survive the Dark Magic that has moved into town, and isn't taking prisoners...

Follow me on Goodreads for important updates and don't forget to Add Ribollita Robbery to your Shelf!

Ribollita Robbery is also Available on Amazon in Preorder...